Hallo, Pooh, you're just in time for a little smackerel of something

It's Imperative you Listen to this Hungarian Lesson!

Learn how to use imperatives 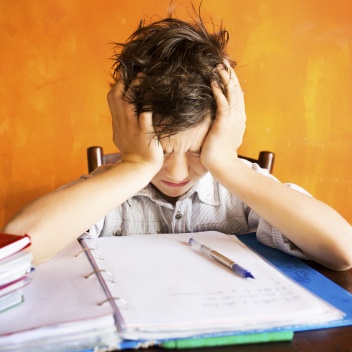 The Focus of this Lesson is Imperatives
Jöjjenek be kérem!
"Come in please!"

In this lesson we're going to start discussing the use of imperatives. Unfortunately, in Hungarian you need to memorize a couple of conjugation tables for imperative sentences as well.

There are a couple of types of verbs from the point of view of conjugation. There are of course regular verbs with regular conjugation, but we're not going to start with them. Instead, we're going to start by learning the imperatives of the nine usual suspects, or the nine verbs which end in -nni in the infinitive.

Looking at the list, it should be obvious why we start with there irregular ones. It has the words for eating, drinking, coming and going and other important ones. This way, you should be able to say sentences like "come here" and "drink with me."

The rest of the -nni verbs conjugate like vinni.

The last row is used especially if the subject is "I" and the object is "you," singular or plural.

Now, the examples we've seen were:

Since the teacher is trying to be polite, he uses the third person plural form instead of the second person plural. This makes him sound more formal and polite. If addressing your friends, you should say:

Here are some more examples for imperatives.

Gyerünk is an odd-one-out. It actually means "let's go."

The biggest center of higher education in Hungary is Budapest. You'll find the mammoth-sized ELTE (with faculties of science, humanities and law, among others), Corvinus University (focusing on social sciences, economy and international studies) and BME (engineering) as well. Others include SOTE, which is probably the most popular medical university.

There are university centers in smaller Hungarian towns as well, most notably in Szeged, where the local university has been ranked best internationally among all the Hungarian schools. Pécs and Debrecen also have good schools, and at the time of writing the university of Debrecen had the most students of all the schools in Hungary.

In Hungary, universities and colleges are all part of higher education, but the two words used to refer to different types of schools (and consequently, different kinds of degrees). Nowadays, there isn't really a big difference between colleges and universities, but of course the words are still not interchangeable in the names of the schools.

Some notable colleges include BGF in Budapest (economy) and EKF in Eger, which used to be a big center for teacher training, but nowadays has faculties for other areas of study too.

Have you ever studied in Hungary?

And teach your kids! 😎

SORRY IF I WRITE IN ENGLISH...THIS LEARNING METHOD IS GREAT, THANKS!! Hi, my name is Guido, I am Italian, and leave in Aberdeen Scotland since 11 years. I was in Hungary in 2006-2007 in Miskolc (but I was studying in english) and from Hungary I got...well, my wife and two kids! They are learning faster than me now!!! With my wife I speak in English as we are lazy...but with the kids I speak Italian and she speaks in Hungarian.Can't face this shame so decided to challenge myself again and here I am.

Thank you for your comments!

Actually, in present tense, I would both use jelentkezem and jelentkezek...even if the first sounds a little better.

Please don't hesitate to send us a comment if you have any other questions!

Ohh... I think I found out why: the verb is jelentkezik, which takes the em ending in both definite and indefinite forms.

Sorry about the false alarm!

Why isn't the verb "jelentkezem" "jelentkezek" because of the indefinite "egy"?

Köszönjük szépen a kommentet! How did you find the capital city?

Hi! I have studied in Budapest (Ulysses school) for 2 months this summer

Köszönjük szépen a hozzászólást! And thank you for your recommendation, Debrecen is famous of its University!

I wish you good luck for the next steps!

Just finished a two-week class at debreceni nyári egyetem. Highly recommend it. Still have a long way to go...

Thank you for your message. We're very glad to have you here studying with us!

Feel free to let us know if you have any questions.